Is it SAFE to travel in Baja, Mexico? 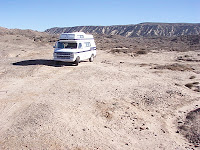 Mexico has been the target and scare of N. America for more years than most of us have spent on this good earth. While Mexico certainly has its problems--like any country i might add. The recent onslaught from the press about all the violence and warnings not to travel is quite interesting. Now, i may not have the background, knowledge or inside "scoop" that the US press has.....I have only lived in La Paz, Baja California Sur, Mexico and worked in Mexico for fifteen years. I've traveled up and down the peninsula HUNDREDS of times....usually camping in my truck or van along with my girlfriend and often times our two dogs. 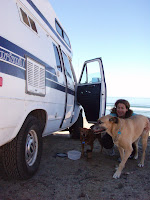 I've NEVER experienced, seen nor even heard of a "reliable" report of violence directed to tourists. In fact, I have only experienced kindness and helpfulness while on the road....I've broken down a handfull of times and had numerous Mexicans stop to ask if i need help and on a few of those occasions they have driven me several miles back to town to an auto-parts store or merely assisted me with the repair i was making to my car on the side of the road in the desert. 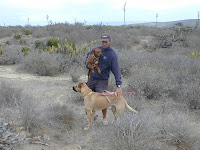 OK...there must be something dirty on Mexico--sure!  Yes, I've experienced the lone cop pulling me over and telling me that i was either speeding or did not have my seatbelt on or something ridiculous like that---considering i'm looking around at old beater cars driven by locals without license plates, no mufflers and of course nobody using a seatbelt. So....sure i was singled out and asked if I'd like to pay on the spot....Now this said, if I in fact was in the right and was not guilty of said crime....I always tell the officer "NO"....and tell the officer i'm ready to follow him to "Transito" which is like the DMV--where you pay any tickets or fines in Mexico. 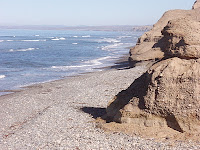 That usually gets anyone off the hook right away and they don't want to waste their time with you and they tell you "not to do it again". In some cases it might cost you $10usd or $20usd. 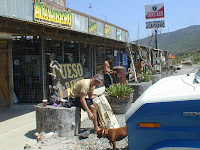 ....so, i'm straying from the point....Is there anything to worry about while traveling in Mexico?  In my opinion NO!  And i think it's absurd all the press directed at Mexico when the US sure has its own act to clean up when it comes to gang violence and drug trafficking....in fact I'm a big fan and like watching the show "Gangland" on the History Channel. BUT, WOW!!! watch that program and put yourself in the shoes of a foreigner from say Europe and you'll think you are walking into a ticking time bomb of Gang Violence in the USA. 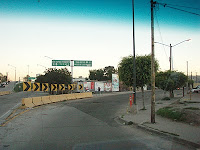 Here's a pretty good article that i agree with and i think sums up the big press on Mexico:  LINK
this article has some great points about WHY there is so much press on Mexico. My take is once again this is merely trying to "take the eye off of the current problems in the USA" and we like so much to paint Mexico with a broad brush. Again, merely my opinion as a 25+ year vet of Mexico travel. AND i do know that bad things happen here....but i never foret that bad things happen everywhere. 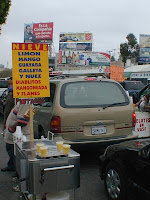 This is a funny video but it is R rated and for it's bad language. It is a cartoon about travel in Mexico and again states things rather funny and to the point. AGAIN, this cartoon has BAD LANGUAGE!  LINK

Posted by RedCineUnderwater at 11:29 AM