Posted by Unknown at 7:16 AM No comments:

Email ThisBlogThis!Share to TwitterShare to FacebookShare to Pinterest
Labels: 2017 Census

Date:  March 24, 2017
By Maria-Teresa Solomons
When guests arrive here one of the first things we will explain to them as their orientation guide here is to be aware of that big osprey nest over the ‘restrooms’. It’s just one of many mindful attitudes we encourage here as it’s also perhaps quite appropriate to say that, in the description of the everyday functioning of this camp, we suggest that learning to live by slightly simpler rules for the apparently short four days can be quite a beautiful process, especially as groups come in more or less for the 5pm, ‘happy hour’, margarita and guacamole with salsa n corn chips spread, brought in by the ringing of a small ship’s bell.
Guests arrive here after a long day traveling, finalised, either by that stunning landing on a desert airstrip with a following somewhat retro bus ride along the mud-wash, sand packed road to ‘Campo Cortez’, or as ‘self-arrivals’, – and take note not to look for signs pointing you to ‘Baja Eco Tours’, as that name isn’t used here. Nevertheless, once settled inside the palapa, (the guest area meeting and feasting space), the cell phones still never fail to appear and for a few , I suppose, expected-to-be normal moments, fingers begin to dash more wildly across one bar signal screens than at times, the whiplashing wind. However, that doesn’t last long as this experience is anything but normal. Data connection, Verizon, USACELL or otherwise, doesn’t intrude here at the flick of a switch or the push of a button. Cell phones down. Beautifully, to the wind or a quiet sunset , the margarita’s are poured now even more smoothly than before…a first relatively small adjustment towards learning to live more simply.
Rocky Point, which marks the entrance to the protected national marine park whale watching area of the lagoon, where no permanent structure is authorised, is 2 eco-tourism camps away from Campo Cortez. Yes, what you will find here is luxury in comparison, phone and battery chargers connected to small inverters in all of the small ply board cabins designed simply as a better measure against the elements than the typical ‘bring in take out’ military style tents put up to brace the wind to host the other equally adventurous groups excited by the prospect of this whale touching experience. Push a button and there is light!
If it were as easy as a national border declaration on a piece of paper that would have us discard ‘illegal’ frontier foods stuffs or other bio-chemical matter, or dangerous toxic materials we might be able to more easily let go of all the mind muddle city life nonsense that seeps through regardless with the busloads. However, in the end the natural elements are still stronger than the influence of a ball pen and the dictates of bureaucracy. Eons of dinosaurs and the ice ages freezing over and dispersing are proof of that. Take a shower here and there is only one control to consider, the one that turns on the pump to your shower head and out comes readily measured and temperature fixed hot water.
If you want to pee, then walk along the shell-lined path, lit up at night by mini solar lights, and you are in the domain of the male and female ospreys with their 3 still surviving chicks guarding and feeding in a huge twined stick and bracken nest above you. World-class photographers win Oscars for photos that could capture that. BUT remember that in passing whatever you have to pass, first respect their nesting ground and their comings and goings. Watching them, especially when walking into the melting sun, is the greatest gift you could wish for, a memorable highlight, only second of course, to the fun of listening to the thrum of that motorised push button saltwater flush. 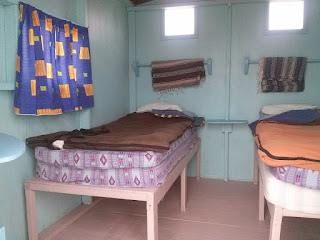 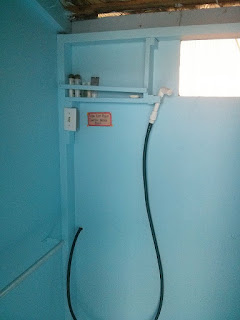 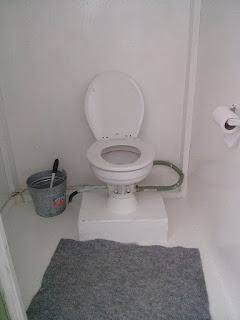 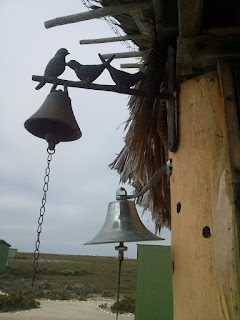 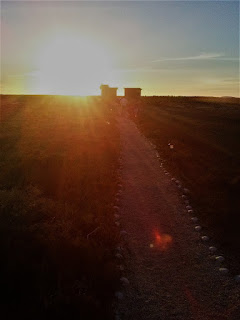 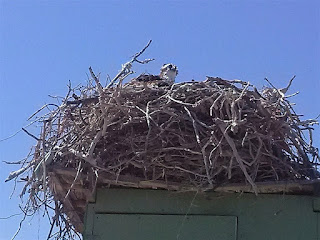 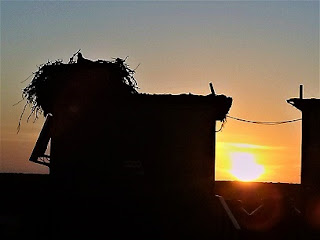 Posted by Unknown at 8:29 PM No comments:

I wrote a blog post at the beginning of the season about the Osprey and her nest, with 3 eggs inside. Well, I’m very happy to announce that those eggs have now all hatched successfully and Mama and Papa Osprey and their chicks are all doing very well. We watched the nest and dutiful parents-to-be for little longer than a month for those little ones to break their way out of their eggs. Once that happened, we kept watching, with equal excitement, for the first signs of those little heads to appear over the top of the large nests. 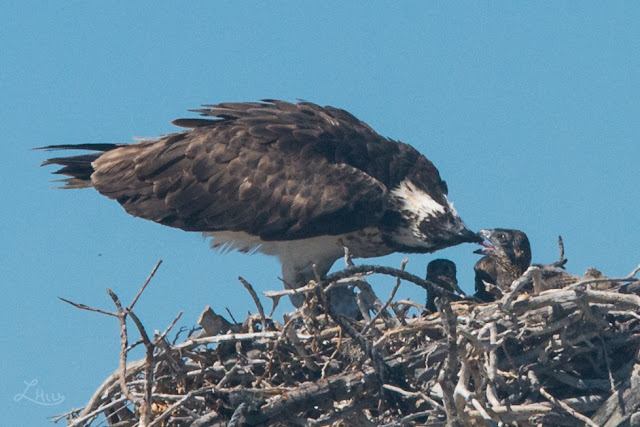 Both female and male Osprey will incubate the eggs but it is mainly the female who sits, while the male holds the responsibility of bringing the female her food, almost always some freshly caught fish from the lagoon. Upon receiving the fish, the female will take it out of the nest to eat somewhere close by, thus handing the temporary incubating time over to the male, returning once she has had her fill. A successful nest requires team work! 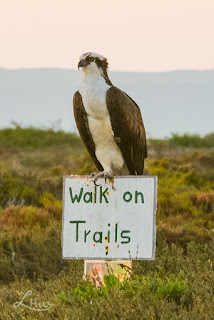 Ospreys are unusual among hawks in possessing a reversible outer toe that allows them to grasp with two toes in front and two behind. Barbed pads on the feet also makes it easier to carry the fish. Ospreys also make excellent anglers. Studies have shown that Osprey caught fish on at least 1 in every 4 dives with success rates sometimes as high as 70 percent. The average time spent hunting before making a catch was about 12 minutes! 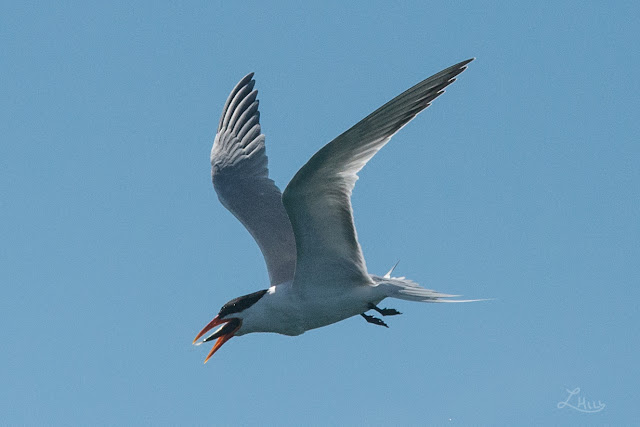 Posted by Unknown at 1:29 PM No comments: