Campo Cortez:  Everything gets wet

It’s been a windy deluge of a week at Laguna San Ignacio, but then the world at large has been having similar upheavals and environment reflects some of the things we choose to leave behind when we visit here.
Wind, heavy rain, blustery days, but guests come and go and still depart with hugs and tears. 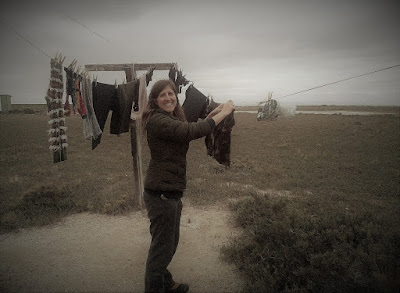 Some of the most unexpected days of heavy weather when we head out into the waves in rain gear can be the days we come back smiling as broadly as any other. In this last group when the whales supposedly shelter a little from the white caps and appear less spontaneously next to the boats than on most other days, we had three mothers and babies turn their noses towards us to come to interact. The panga was in uproar and as one touch followed another there was the usual boat shuffle shifting sides so that everyone could touch. 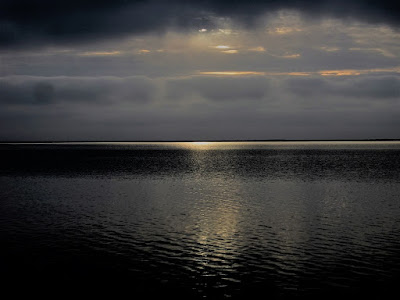 There are of course down times when the prolific 360 degree spectacle of breaching, spy-hopping and even now, as some displays of mating surprise everyone and it’s important to remember that observing this as much as the touch, is part of the beauty of the adventure.
You are welcome to choose to begin each day with a gentle centering practice of breathwork which I’ve taken from yoga and Qigong meditation. Most guests have had little practice of either and it might come as a pleasant surprise to stretch without the need to be on all fours, or down at ground level, or sweating into unknown poses, but just to stand and become consciously aware of the elements, that as the wind whips around the edges of the cabins, are actually hard to obscure. 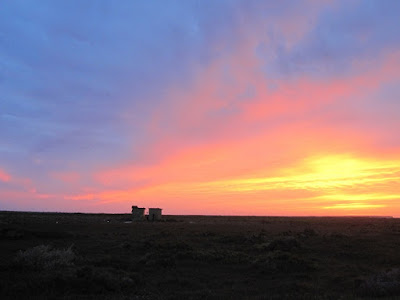 The morning wind as the sun rises is part of that experience, the blanketing yellows and reds on the afternoon horizon, and flocks of willets, and royal terns, skating across the sky before the night stars light up…are the lagoon’s magic qualities that are its double blessing.

It’s a perfect opportunity to be able distance yourself for a few days to slow down and be aware of all those things.