Besides the daily interaction with the whales and the breathtaking beauty and simplicity of the lagoon, I love the exchange of knowledge and experiences with our guests and guides. Never had I thought that San Ignacio Lagoon was the place I’d learn the steps for Electric Slide (that’s line dance, of course!). Thank you Nancy & Spencer for sharing with us your passion! M-T, one of our guides, has been giving very welcoming yoga / stretching sessions to our guests and sharing her experience of free diving and whale sharks. 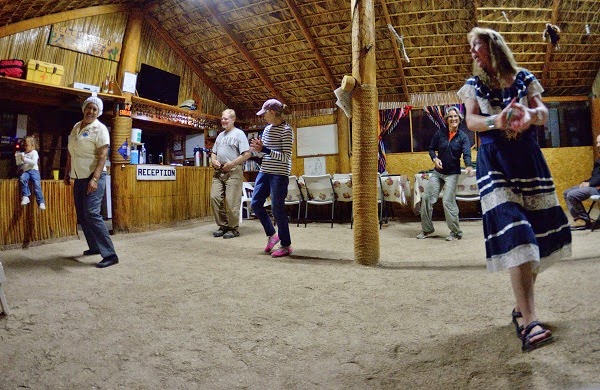 We learned a lot from Carrie Newall, too.  Carrie is a marine biology teacher and has been doing gray whale research for almost 20 years. She brings her group of whale enthusiastics and volunteers to our camp every year. She has her whale watching company in Oregon and specializes in identifying the summer resident grays along the Oregon coast. It was in the 60s and 70s that researchers observed that a few gray whales were spending their summers along the coasts of Oregon, California, Washington and British Colombia, instead of migrating to the lagoons of Baja California. At the moment there are about 200 resident whales, of which Carrie has identified about 75 individuals.

How to identify these whales, then? Don’t they all look gray with barnacles in their head? There are various factors that the whale biologists use to identify individuals. The dorsal hump region is a good spot for identifying since it’s always seen when a gray whale surfaces, and as each dorsal hump is as unique as a fingerprint. Grays can also have scars in their bodies - both man-made (caused by a harpoon or boat propeller) or by killer whale attacks - that serve as a way of identifying them. They can have “birth marks”: prominent color patterns such as white spots, horizontal lines or differences in tones. They might have scars caused by barnacles (when a barnacle attaches to the skin, it permanently depigments the skin leaving a unique white barnacle scar). There are also differences in the color of gray whales; some are significantly darker, others lighter than average. Also the fluke can be very different color from one individual to another.

During their stay at our camp Carrie was quite sure of having spotted a whale called Beacon in the lagoon. It was first identified off Depoe Bay in 2007. It was named Beacon because of the round white spot on the right dorsal hump. Our boat drivers confirmed the visit from Beacon in the lagoon. 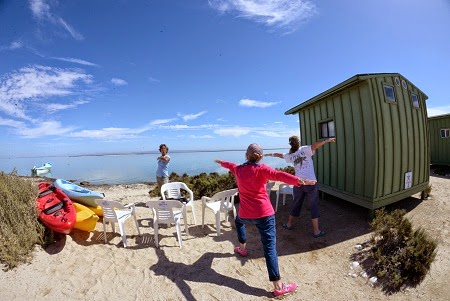