Freddie And The Whales

Freddie and the Whales 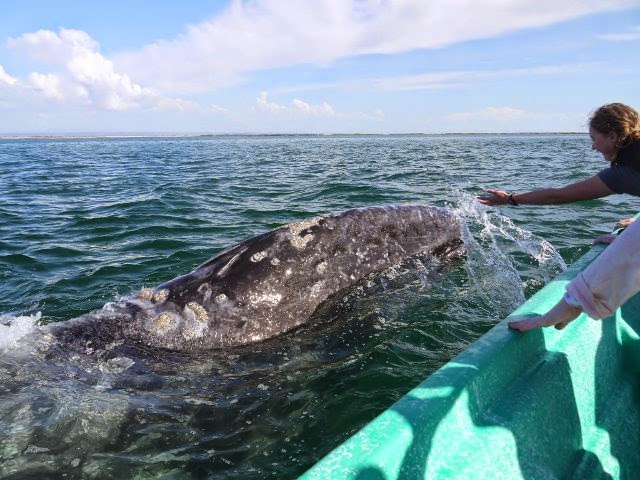 If you´ve never seen a real whale close-up before, like Freddie, you might have become as excited as he did as, on our fourth trip, a curious baby Gray whale weighing no more than about 1.5 tons and spanning about a third of the length of the 23ft ´panga´ skiff, (small as far as whale babies are concerned), returned time after time for a petting, its patient mother in escort. Freddie´s small frame paled in comparison as he leaned over the side of the boat. 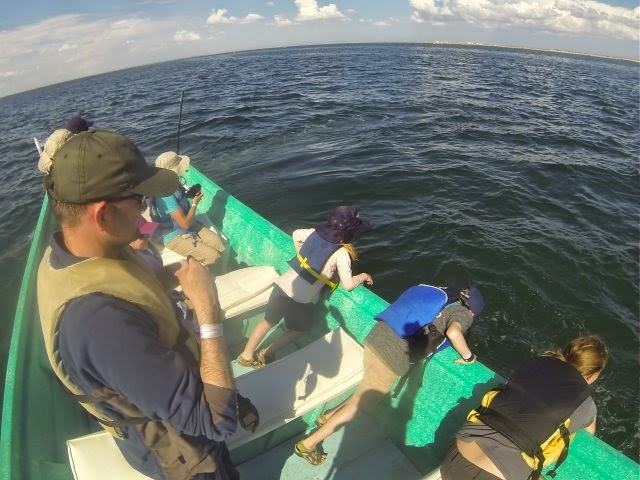 Freddie and his sister, Alice had come all the way from England with their parents to experience this one moment as we all had.
It´s still early in the season to have expected this close an encounter as most of the adult Grays are on the last leg of their 7,000 mile southward migration to the lagoons of southern Baja California and are usually more concerned with courtship than our skiffs. Although not social mammals characteristically except when mating, throughout the week we were surrounded by curious spy hopping individuals, graceful displays of whale-tales and often up to 5 adults traveling single-mindedly through the lagoon on every whale-watching excursion, the numbers sighted having increased from 224 in the first week of February to 286 by the second week.
For Freddie the day started quietly only on the boat he wasn’t quiet at all. His playful calling prodded on by his quite delicate little sister´s, escalated to high frequency squeals when, close by burst the distinct sigh of two approaching whales and Paco, our panga driver turned to face them… The heart-shaped mist of the mother returning to surface sprayed over us and everyone began to shout “Splash! Splash!”

We made so much noise that another boat came by to watch as we rocked from side to side as the mother and calf dipped and dove under and around us for the next 40 minutes until with a chorus of exalted laughs, Freddie reached out and touched the calf. He threw his arms into the air with clenched fists and yelled, “”YESSSSSS!, with more satisfaction than having scored a goal.


The day couldn’t have been more thrilling when adults become children again. The silent watchers on other boats probably wondered what magic we had onboard that allowed us this close encounter. I swear it was us children laughing! 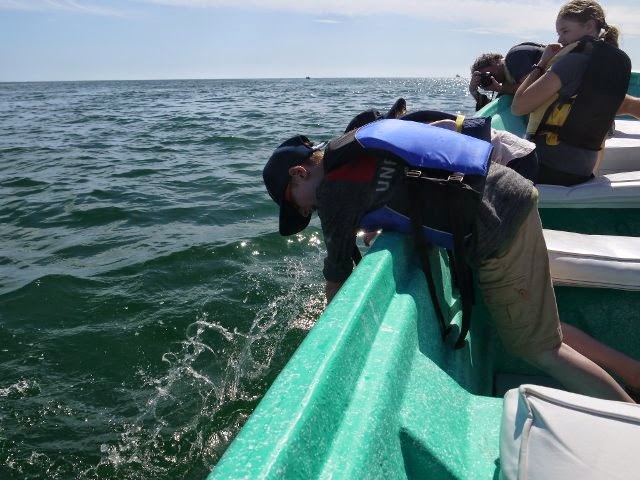