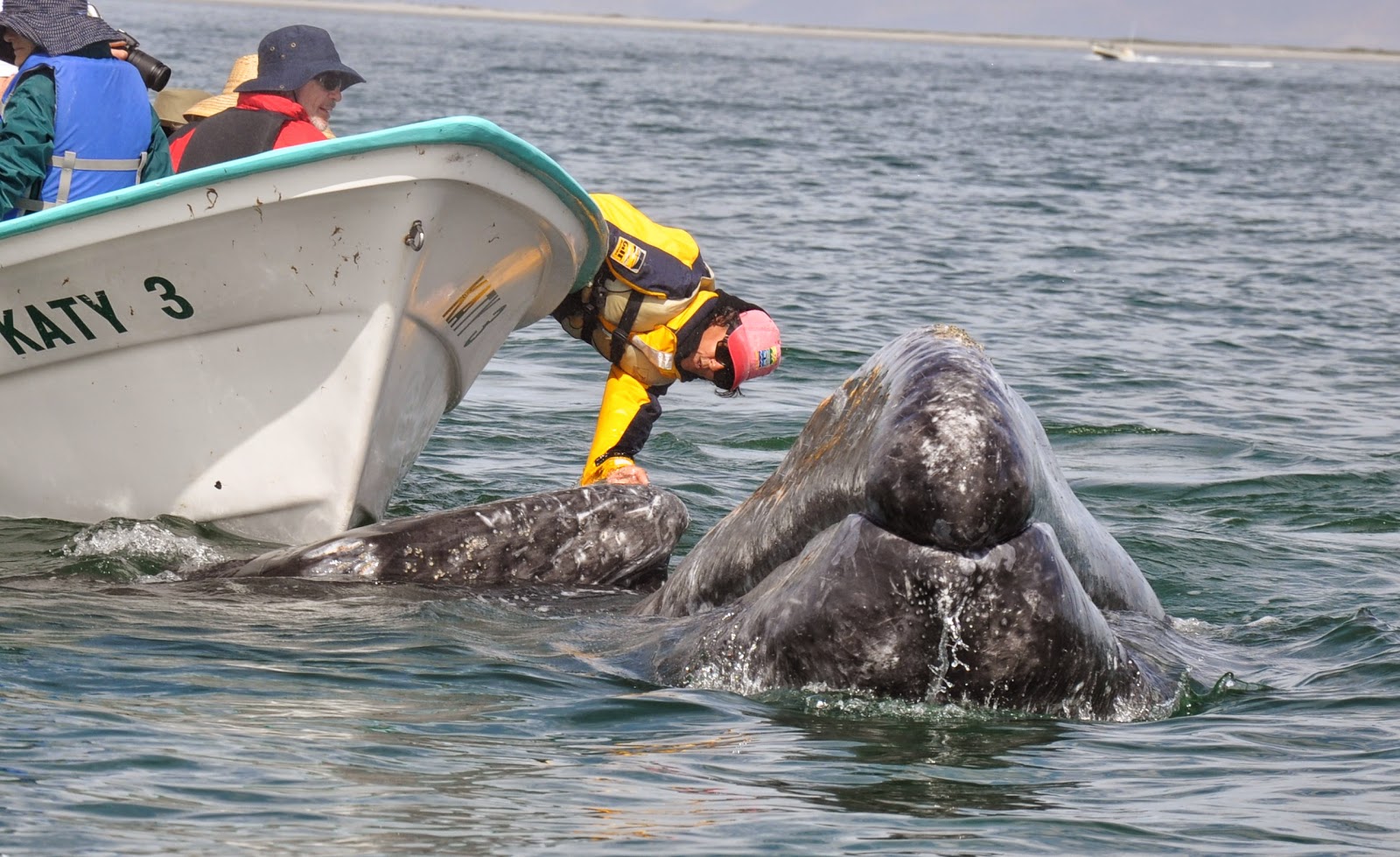 People arrive here for an obvious purpose. Although they will insist they came purely with the hope of touching a whale another deeper desire begins to surface almost  immediately. I don’t have enough fingers on both hands to count the shared conversations, even before that hoped for cetacean contact, that express a self-reflection, a meditation, an Indian or Buddhist philosophy or a profound life story that is a miracle of serendipitous events; all personal visions to quietly want to change the world. I doubt that the Law of Attraction would have figured high on the list of essential reading for the likes of the NASA scientist or astrophysicist who were here, although for the artists and musicians perhaps, but  not at all for that black gold pipeline engineer, looking to retire as a conservation volunteer as a way to repair the contradiction of his lifetime. However, we are all forgiven for talking about the 50 shades of Gray we encounter on every journey….. 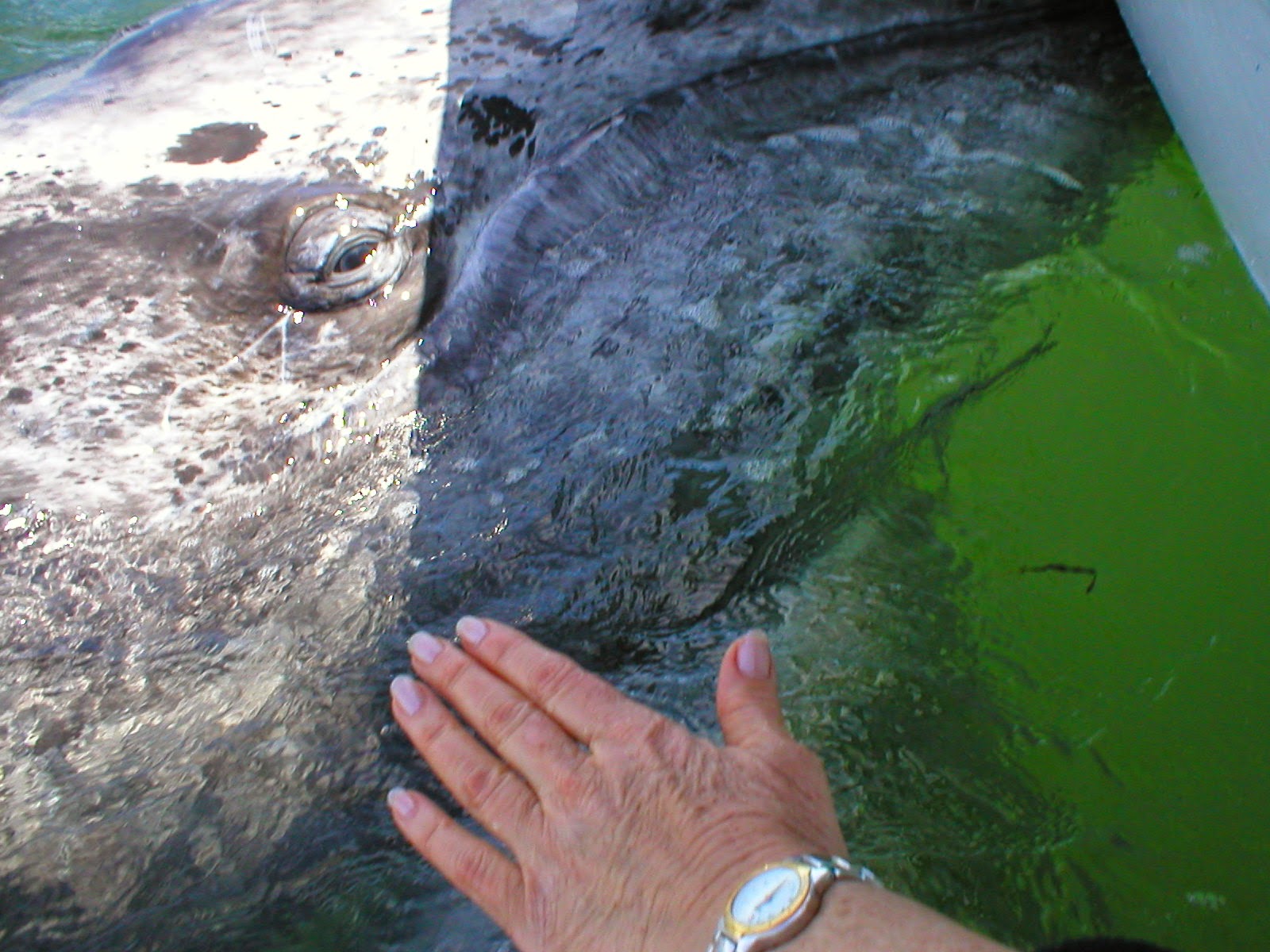 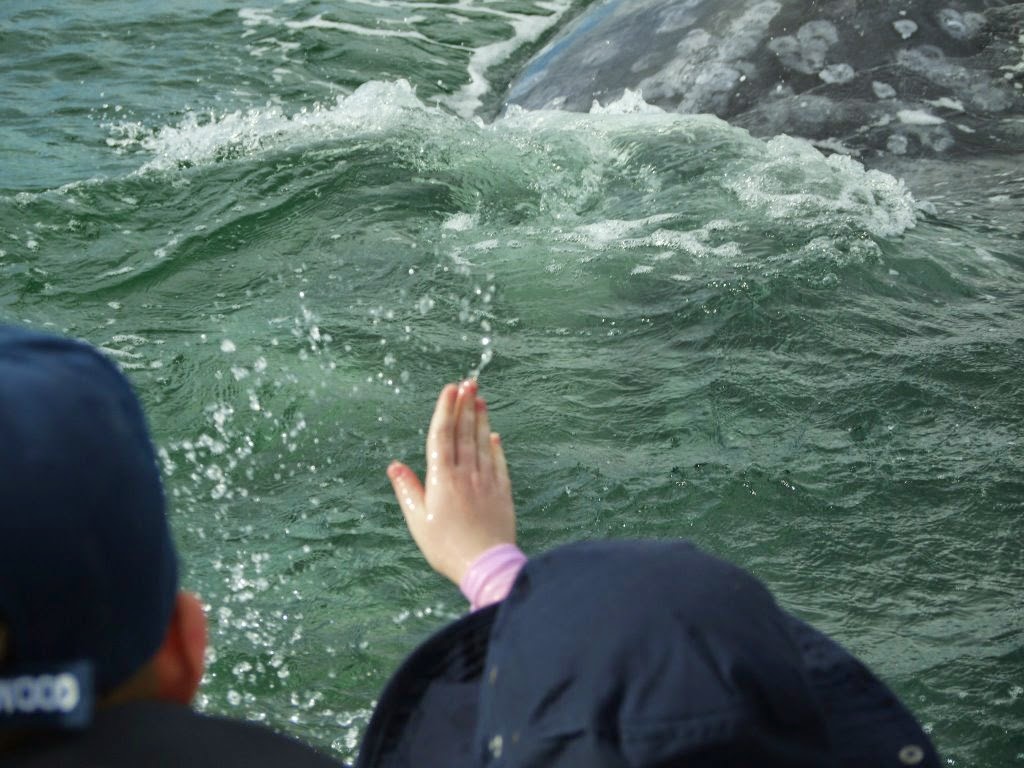 The lagoon is a quite place most of the time where there are minimal external distractions except for the wind.  Initially for the city arrivals  the aloneness of the salt flats might feel disconcerting because for the duration of the 4-day trip, they become a mere blip on their electronic connections, (even if Verizon sold them a roaming package for all occasions). There is something totally different about this environment. All systems are down, except for the natural ones. The catalyst is waiting to happen!

Last week, amongst others,  the Orca network group, headed by ´Howwie´ Balcomb and his partner Susan have descended. If you didn’t know them better you might call them the ´tree huggers´ of the whale world but they are people completely involved with a passion for a cause that isn’t just about Orcas. They have all come here with a sublime expectation to draw from an effect, a memory, even enlightenment from this natural resource; contact with the Gray Whale in the lagoon they inhabit for the few sacred weeks that they are here. Actually whether they know it yet or not, this is the beginning of their new life, a second wind, an opportunity to reconfigure and log on again. Imagine how must it be to find yourself suddenly exposed to the silence of a significantly reduced external environmental with the major exception of the sound of the rhythm and depth of something powerful breathing in the open space around? No-one guarantees that something will happen but something always does. 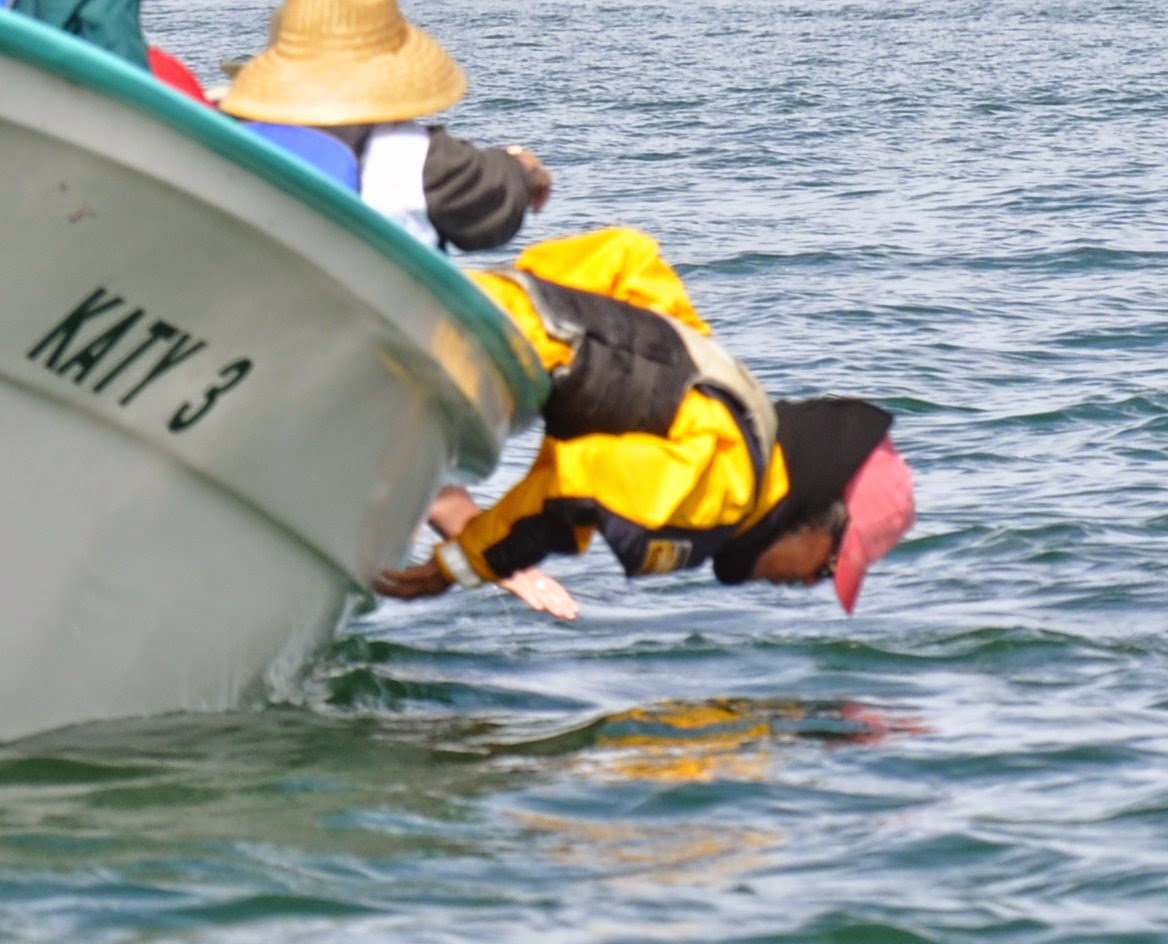 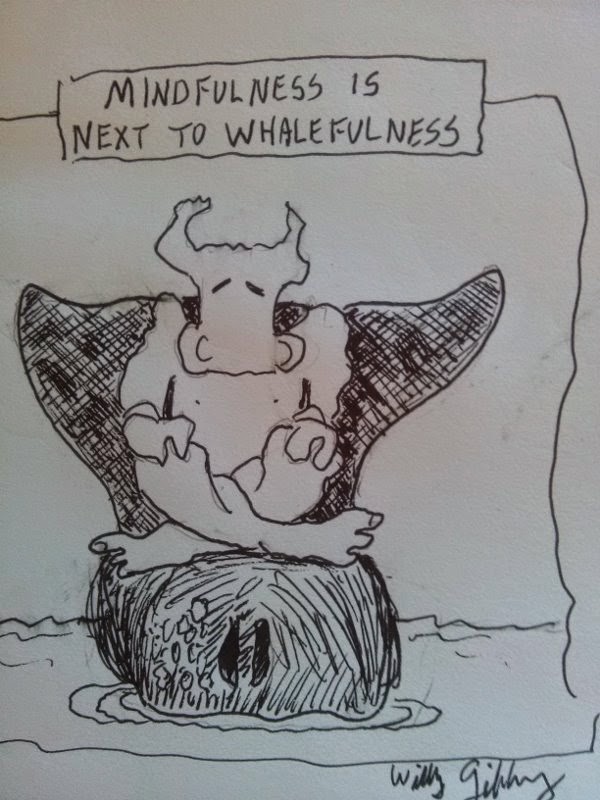 Have you ever had to adopt  a particular orientation toward an experience? Have you ever come across the notion of stilling the mind? The words, ´Nature has a right to exist, persist, regenerate and evolve.´ come to my mind. (part of a statement in the Ecuadorian constitution drawn up in the late 1990´s because of a massive popular revolt against the decimation of their natural life source, the mangroves). We allow social dysfunction to dominate our lives most of the time and continue to live in conflict with ourselves as a result. Oscar Wilde phrased it perfectly. “We know the price of everything but the value of nothing.”
The thought of exploring our own internal worlds, other than the world beneath the surface of the waves and its stream of graceful giants slowly moving  in a shallow haze of algae green, probably wasn’t originally on the cards, but the intensity of a glance from a baby Gray hypnotizes everyone.

What I sense in the individuals who arrive here is an unspoken desire for a bigger hope for themselves and something powerfully different for this world.
So, for those who’ve been touched, after it all, what do you think? 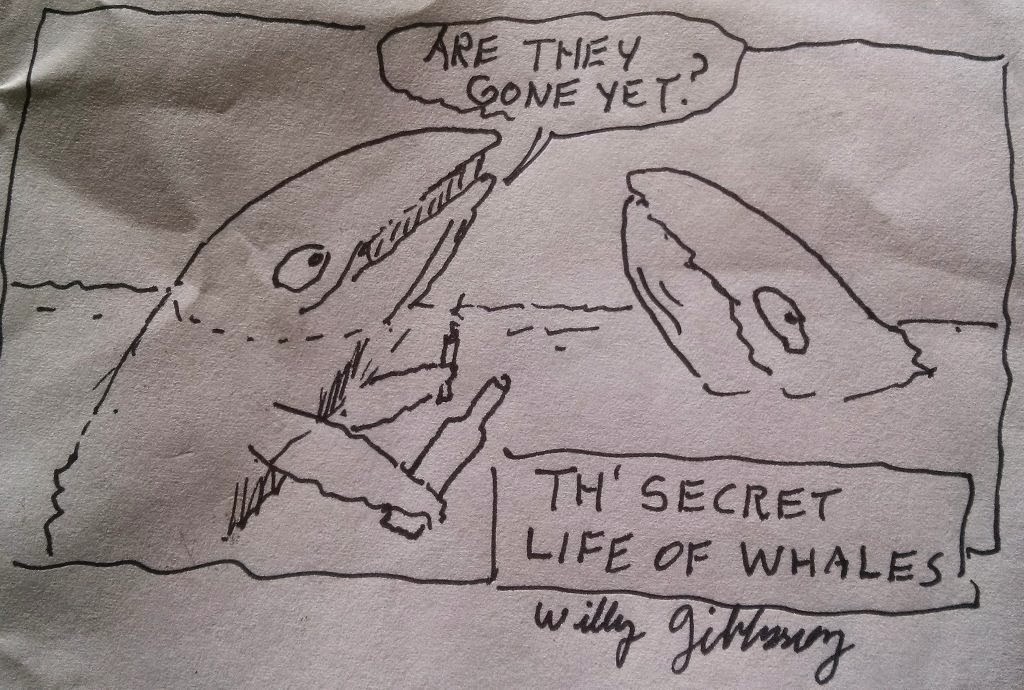